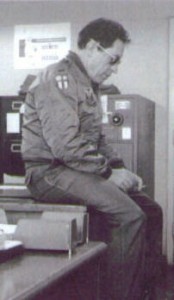 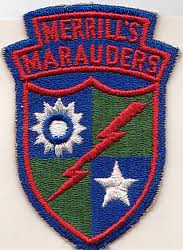 Over The Hump in Burma

In June of 2005 I had the privilege of leading Dusty Russell to the LORD, he was 80 years of age at the time.  He is one of five men, during his time in service in the Army, who had both fixed wing and helicopter licenses at the same time.  He flew recon missions during WWII and was the only pilot in Burma who was shot down and lived to tell about the experience. Dusty went home to be with the LORD, but will always be in my heart as AN AMERICAN HERO, and now a Brother in CHRIST!!!

Donald M. "Dusty" Russell, age 80 of Livonia, entered into rest on September 11, 2005.  He is the beloved husband of Sandy "Sam", and father of Danny and Donnie.  Dusty retired in 1985 after serving his country for 38 years in the U.S. Army, including distinguished service during World War II, and achieving the rank of Chief Warrant Officer.  He is the recipient of the Distinguished Service Cross, the Distinguished Flying Cross, The Silver Star, the Bronze Star, the Soldier's Medal, Good Conduct Medal, and the Purple Heart.

Following is the text of an article first published in the Fort Smith, Arkansas, 5064th Garrison Journal, telling of some of his heroic experiences.

“Certainly one of the more colorful military histories in the 5064th Garrison belongs to CW4 Donald “Dusty” Russell, Air Field Commander for summer camp.  His first aerial mission in World War II was piloting (as an enlisted man) a small cub plane stringing communications wire along treetops in Asia.  Later, as a staff sergeant, he was a reconnaissance pilot with the legendary Merrill’s Marauders flying over the Hump. After his plane was destroyed, he walked with the remaining Marauders out of Burma, becoming the only pilot to reach friendly forces. Volunteering for China, he flew cargo over the Hump – as a member of the famous Flying Tigers.  Even today, Dusty views April 13th as an as an unlucky day as it marks the date he was forced to bail out of his disabled B-25. Although Mr. Russell became an officer 16 years ago, he continues as a favorite with the enlisted men. During Annual Training, he can frequently be found in the evenings chatting with his EM in their barracks. It is only here that Dusty can be prevailed upon to discuss his numerous decorations, among which is the Distinguished Service Medal.”

Another article appeared in the Trailblazer News out of Fort Wayne in Detroit.

“It was 20 years ago this past summer that then Sgt. Dusty Russell was flying combat missions over North Burma.  It was also the summer that Dusty recalls the “longest walk I ever made.” It all began on a routine combat support run in North Burma against the advancing Japanese forces.  On the ground, a soon-to-be-famous unit named Merrill’s Marauders was engaged in a slam-bang defensive action to stem the Japanese tide. Dusty never flew back from that support mission. Hit by small arms fire he had to ditch in the jungle.  During the next two months, after linking up with Merrill’s Marauders resourceful unit, Sgt. Russell turned jungle fighter.  Through the tropical rain forests, more than 300 miles of them, the Merrill’s Marauders waged an extensive delaying battle.  Hold here, counter there, mile after mile of fighting over some of the roughest terrain of World War II. But those days are long past, and now as CWO Russell talks, one gets the impression that he is glad the war rests only in memory. For during the march back out of that Burmese jungle where some 3,000 troops started, only slightly more than 500 survived. Presently, CWO Russell is one of the pilots assigned to the Division’s Air Section.  How Dusty came to the 70th…well that’s still another story.”

A further article appearing in the 5064th Garrison Journal in March of 1979.

“Who is that behind those Foster Grants: It’s Chief Warrant Officer “Dusty” Russell, now into his 36th year of military service. During WWII, Chief Russell fought In China and Burma with the 14th Army Air Corps. To his credit are numerous awards and distinctions including: the Distinguished Flying Cross, the Distinguished Service Cross, the Purple Heart, the Silver Star, the Air Medal and the Soldier’s Medal. He also wears the Master Aviator Patch, indicating that he has been a rated pilot for a minimum of fifteen years. SWO Russell has also amassed an amazing total of over 6,000 hours of military flying time. CWO Russell has been with the 5064th for twelve years and was formerly the Aircraft Maintenance Officer for the Aviation section. He is now the Training Aids Officer at the Garrison as well as a member of the Range Committee. His home Is in Livonia and he is a union representative in civilian life. His hobbies include target shooting, playing the guitar and of course, flying. Chief Russell can always wear his shades, but he’ll never be able to travel incognito in military circles—not with a record like his.”